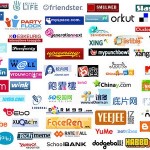 People are crazy about social networking sites like Facebook, and Twitter for reasons more than one. It’s not only about friend making and thought sharing, but also about business spreading.

Social networking has walked out of its shell as Facebook and Twitter and even Orkut cross the social networking barrier and bridge across from personal to business communication. Social networking is a part of workplace now, as more and more people are advertising their business on them. As these tiny steps are moving ahead, these sites discover their new purpose of business networking.

These social networking sites are not safe and are affected by account hack cases, or some special viruses made especially for them, like Koobface, the virus made exclusively for Facebook. But the problem is much serious; it is about sharing sensitive data.

The point to ponder is, if the multimillion-dollar email security industries have found it possible to make their accounts safe and almost impossible to hack, save a few cases, why is the social networking site genre still going unchecked at the workplace.

Occasionally some companies or countries crack the whip on these sites, like the recent case of China banning Twitter (although for a different reason) and the very recent case of ESPN sending out a memo banning the journalists and media in general to release sport-related tweets. Many Hollywood actors are banned from using Twitter while their movie is in progress. They can’t give out any information or images related to their movie. The Marine Corps has banned Twitter, Myspace, Facebook and other social networking sites from its network. These are just a few examples.

But not using these sites is just a temporary solution to security problems. They have to think inside the box of email companies and find an above-board tool to provide for the lacking security.

Cisco has already started working for this cause as from this month, it announced its Enterprise Collaboration Platform, which is a wide set of tools for IM, e-mail, social networking, videoconferencing and document and video sharing.

Another example is DiVitas Networks, which makes social networking Web application that is directed toward private, intra-company communications among mobile users, thus solving the problem of security among social websites.

As more and more companies come forward to use this method, we will no longer see any companies facing problems relating to social networking meddling too much with their business.