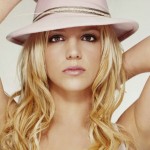 Britney Spears is an outstanding pop diva. Entering the music industry at a tender age of thirteen paved her way to stardom. Spears is a natural born singer and dancer. When her music is played over the radio, you can’t help but sing and dance along. Britney debuted at number one on the Billboard in 1999. She was a sex symbol but at the same time, she was noted for being a role model to teenagers just like what she portrayed in her movie Crossroads. Her career success was highlighted by Forbes magazine in 2002 wherein she was ranked as the world’s most powerful celebrity. Britney became highly publicized for her performance in VMA in 2003. Spears was highly enviable because of her stature and achievements. Unfortunately, Britney’s life made a swerve when she became Mrs. Federline in 2004. Although they were not a match made in heaven, Britney drove her way back the track and appeared at the VMA just recently. Her story of love, joy, sadness, and anger will always remind us that she is braver than we thought she was. Her fragrance collection is no different than her moods!

As she lie awake in her bed, sudden bewilderment misted on her mind as thoughts of her man flashed up behind. Is he thinking of me too? Does his heart beat like mine and yet I don’t have a clue? They once said that curiosity killed the cat but Britney’s prerogative strongly bicker this saying. With Curious perfume by Britney Spears, which was released in 2004, you can free yourself from your curiosity. Splash on this flowery scented perfume in liberal amounts and become emancipated from that doubt that fills your head. Its top note is a mélange of Louisiana Magnolia, golden Anjou pear, lotus flower, tuberose, star jasmine, pink cyclamen, sandalwood and blonde woods. Finally, this scent is served with a creamy delight of vanilla infused musk that is sure to satisfy your mental acquisitiveness. You can quench your thirst with this kind of blend even with just a single drop of Curiosity perfume by Britney Spears

Every woman has a desire to know what’s at the end of every rainbow. She wants to savor the joy of success and perhaps she wants to take a sneak peek into the future. She thrives for adventure. She has the mind like that of a child. She seeks for answers, she wants to know the truth. This time around, partake of Britney’s limited edition perfume Curious in Control. It is a mishmash of sweet loquat fruit, midnight orchid, crème brulee, tonka crystals, signature musk, vanilla bean, and sugared sandalwood. This fusion of sugar and spice would truly help you fathom the true nature of a woman – just plainly curious as she could be.

A sudden gush of mid-afternoon wind would let any maiden evaporate into the abyss of time. She would let the winged fairy carry her into the wonderland as she sits by the window. She would ride at the back of the white unicorn that would take her to her prince charming. She would definitely build castles in the air. Become a nymph with the Fantasy perfume by Britney Spears, which was introduced in 2005. Break lose from the spell that your intricate life has casted upon you. Indulge yourself in a pipe dream of unending love and romance. A concoction of red Lychee, golden quince, kiwi, jasmine petals, musk, orris root, white chocolate, sensual woods will make him feel dazed. Capture his heart and live happily ever after as you both slip into a trance with the Fantasy perfume by Britney Spears.

As the clock strikes twelve, Cinderella had to rush home and so she left the handsome young prince standing all alone. With Midnight Fantasy perfume by Britney Spears, you definitely have no reason to run. With its blend of exotic framboise, black cherry, plum, night orchid, freesia and iris you can always dance with him to the symphony of the night. A sheer of amber, musk and vanilla will lurk into the darkness as it would try to hypnotize beast and man alike. Transform into a nocturnal creature as you go out with your man even during the wee hours of the night with Midnight Fantasy Perfume by Britney. Kiss him beneath the milky twilight and let its sensual fragrance work for you.

Become a voracious Britney Spears Perfume collector. The answer to your queries lies in the Curious perfume by Britney Spears. Travel to endless boundaries and probe for the truth. Don’t stop until you satisfy yourself with the answer, Curious in Control. Let your fairy godmother sprinkle on you some silver dust and transform yourself into a fairy tale princess with Fantasy perfume. Don’t leave your glass shoe behind with a spray of Midnight Fantasy perfume. Believe just as Britney did. Yes, she believes that beneath the dark clouds, there’s always a silver lining.