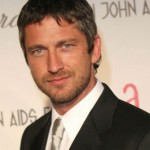 Probably not. The famous 300 actor was quoted as saying that he feels under branded and wants to launch his own fragrance to feel more competitive with other celebrities. However, Buttler is known for his tongue in cheek humor and is more than likely making light of the situation of celebrity perfumes.

Interestingly though a Gerard Butler branded cologne would probably sell quite well, so before dismissing the idea out of hand Butler may wish to give the idea a serious shake.