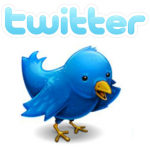 Social networking sites are again to blame. Gang members use them as a tool to comment against their rival groups and to arrange fights.

According to the New York Daily’s news report, the shooting that took place last month in Lenox Ave, New York, hurting a boy in his leg, might have been the part of the unending fight, between the Harlem gang Original Young Gangsters and their rivals. With the increasing popularity of Twitter, even young thugs are becoming Twitter fans.

The situation is described as “horrible”, by Lieutenant Kevin O’Connor of New York Police Department’s gang intelligence unit. He said the police are monitoring Twitter activities of the suspected gang members. This is like call monitoring.

“It’s another tool, just like old phone records,” commented one police officer. “We can go through them (tweets) to track these guys.”

There are many hate tweets on the Twitter. One such tweet from the username ‘LickSumIishaHun’ read “I knoe b*tches from oyg that would dead mob yah sh*t in harlem.” OYG is the Original Young Gangsters group

Tweeting has become so common, that it’s treated like just another method of communication. It is easy for police to track the tweets of the gang members on Twitter, than tracking down their phone conversations. Fights are being plotted, 140 characters at a time.

Another 15-year-old user ‘Lil V’, a member of The New Dons, says Twitter is helpful for “settin’ up the fights.”

But there are also some good guys keeping an eye on Twitter. Vernon Williams, a church pastor in Harlem, said that he and his colleagues at the Perfect Peace Youth Ministry Outreach use Twitter and MySpace to look out for any brawls that could hurt anyone.

Last week Vernon Williams and his team was able to disperse a possibly violent scenario when they noticed some tweets regarding a fight between The New Dons and Get Money Boys, as they threatened to go and hurt people.

There are some dark clouds on Twitter, but there are these silver linings as well.