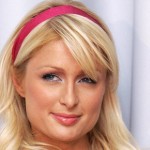 Paris Hilton is one of the most controversial women of the century. She is also labeled as the iconic blonde of the decade. She is a socialite who can very well draw speculation from the public. She was hot as pepper on every gossip magazine. She is a television personality, actress, singer, model, writer, and businesswoman – She’s a jack of all trades, actually. Aside from her cameo appearances and reality TV show the Simple Life, Paris appeared on scandals and controversies that stirred the whole nation. Nevertheless, she can manage to let a man fall on his knees, as she believes that even though the gods are crazy and the stars are blind she can be the devil and angel too and still end up to be perfect for him. On top of that, Paris is the heiress to the Hilton fortune; making her the most auspicious blonde in the planet.

No matter how hard we try, we can never be like Paris Hilton. Nevertheless, we can at least smell like her with the Paris Hilton perfume. It was her first line of fragrance that was introduced in 2004. It is comprised of a floral medley of mimosa, freesia and jasmine petals, sandalwood, oak moss, ylang-ylang and pheromones. These constituents deliver a sensational feminine touch. Using this perfume today gives you the promise that you can be at the front page of tomorrow’s magazine. If you can smell like Paris, you can get the publicity like Paris.

If you’re a man who wants to date the heiress, you have to at least impress her with how you smell. Paris Hilton didn’t want you to look elsewhere for that scent. She didn’t want you to carry that torch for her and so she gave birth to the Paris Hilton cologne in 2004 that is sure to make you bolder, masculine, and robust. It delivers a fresh, clean and airy fragrance with notes of fig leaf and green mango. It can be as intoxicating as wine with its white sage, juniper, and basil ingredients. Cucumber, amber and cedarwood add up to make it more enticing. With a splash of this cologne, you can then become man enough for Paris!

A woman does not need perfection to be beautiful. She doesn’t need to have an ethereal beauty just to be ravishing. She doesn’t need to be like Venus, Vesta, Diana and Minerva and like all the Roman goddesses. Beauty is more than skin deep. One of Paris’s creations can substantiate this notion – Just Me Paris Hilton perfume that was released in 2005. It produces a sweet floral scent with its notes of red berries, pink peppercorn, bergamot, freesia, iris, violet, vanilla, white rose, ylang ylang, white woods, lily of the valley, skin musk, and sandalwood that will release your cherubic aura thus making you regress to your naïve and innocent state. Bring out that bliss with a spritz of Just Me Paris Hilton perfume.

A man on the other hand, does not need to be like the Pharaohs in the valley of ancient Egypt. He does not need to be like Zeus, Poseidon, Hermes or Apollo and like all the other gods of Olympia. He does not need a crown or a throne to prove his worth. What he needs is simply himself. Just Me Paris Hilton cologne compliments this need. Lemon, tangerine, black currant, key lime makes it savory as a fruit. When he’s with his woman, the redolence of fresh green grass makes her feel that they had an early morning walk at the park with the raindrops falling on the lush earth. When he’s with his woman, he makes her feel immersed in sparkling waters with its sea breeze fragrance. A sheer hint of patchouli, amber and musk can definitely make her every moment with him sizzle. Just Me Paris Hilton cologne is what he needs to be every woman’s desire.

Just as every woman marvel on how it feels like to become a heiress, Paris on the other hand was preparing for us a heritage. It is the Heiress perfume by Paris Hilton. Its notes include passion fruit and juicy orange burst. She can feel she’s in a cocktail party as the scent of peach granite and mimosa fill the atmosphere. Star Jasmine, tiare flower and vibrant honeysuckle gives the hint that spring is in the air. And violets make a swirl of dolce fragrance. Embrace the gift of Paris and be a heiress to the Hilton fortune by spraying Heiress perfume.

Paris bequeathed men and women alike. She established another line of cologne for men that was coined as Heir cologne. Heir for men is abundant in notes of bergamot, fir balsam and lemon. Its notes of geranium, patchouli, and brushed suede make him feel that he’s in a soiree. It is also mixed with expensive sandalwood, tonka and amber that will make him feel ultimately sexy and macho. Inherit this rich cologne by trying out the Heir cologne by Paris Hilton.

Oulez-vous coucher avec moi ce soir? Inspired by Moulin Rouge, Paris released Can Can Paris Hilton in 2007. The perfume’s top notes of clementine flower, nectarine and cassis portrayed how a poet falls for a beautiful courtesan. Its middle notes of orange blossom, wild orchid defines a flirtatious yet sophisticated Can Can dancer. Finally, its bottom notes of amber woods and soft musk will give you the ultimate seduction behind the velvet red curtain. Creole lady marmalade!